Pay Attention To That Creepy Feeling That You’re Being Watched 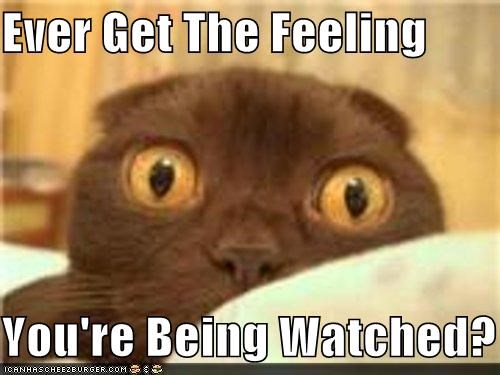 The Federal Housing Finance Agency and the Consumer Financial Protection Bureau posted an April 16 Federal Register notice of an expansion of their joint National Mortgage Database Program to include personally identifiable information that reveals actual users, a reversal of previously stated policy.

The CFPB monitors 95% of all mortgage transactions in the country, by the way.  There are a few people questioning this database, such as Rep. Jeb Hensarling, R-Texas, Rep. Randy Neugebauer, R-Texas, and Sen. Mike Crapo, R-Idaho.  The concerns are obvious:

“…this expansion represents an unwarranted intrusion into the private lives of ordinary Americans.”

Not to mention the ever-increasing risk of security breaches.  Oddly enough, the more information gets dumped into a single repository, the harder it is to keep that information confidential in the event that it gets hacked.  And hacks are occurring ever more frequently nowadays, too.  Speaking of information, here’s what will be in this hackable uber-database maintained by the government:

…it will include a host of data points, including a mortgage owner’s name, address, Social Security number, all credit card and other loan information and account balances.

Just a wee bit of damage could be done with those details, no?  This database would collect all of these data points on every single family residential first lien dating from 1998 into the indefinite future.  There are other opponents, with other reasons for concern:

Critics of the database span the financial spectrum, including the U.S. Chamber of Commerce‘s Center for Capital Markets Competitiveness and the National Association of Federal Credit Unions.

In a May 16 letter to FHFA, NAFCU’s regulatory affairs counsel, Angela Meyster, said the database “harbors significant privacy concerns” and “NAFCU believes greater transparency should be provided by the FHFA and CFPB on what this information is being used for.”

Meyster told the Examiner that “it goes back to the breadth of information that they’re asking for without really speaking to what they will be used for.”

Meyster said she was unconvinced. “It seems they’re just adding information and they’re not really stating where it’s going or what it’s going to be used for. There’s no straightaway answer. They say they are trying to assemble as much information that they can.”

The best part is that Congress never granted FHFA the authority to begin building this database.  Seems like a familiar tune with the Obama administration, huh?

But, that creepy feeling is just getting started.  Its inexorable gaze oozes its way past you and on to…your children:

According to Politico, “(Education) tech companies of all sizes, from basement startups to global conglomerates, have jumped into the game. The most adept are scooping up as many as 10 million unique data points on each child, each day.”

“That’s more data, by several orders of magnitude, than Netflix or Facebook or even Google collect on their users,” Politico adds.

This is tied in with Common Core, by the way, and here’s how it’s happening:

In the name of racing to the top and leaving no child behind, the federal government has opened the door to this largest violation of privacy in our nation’s history—all

By incentivizing participation in longitudinal databases through federal grants, the Department of Education has now created a system that tracks everything a child does—homework completion, behavior characteristics, health records, test scores, classroom comments, teacher observations of a their nutrition and hygiene, and more.

This information becomes part of the student’s file, along with millions of other students, to be utilized in the future for unknown purposes.

These databases are designed to dump their information into bigger federal databases every day, and that information then gets shared with other federal agencies.  Guess who is one of the early beneficiaries of this massive effort to spy on your kids?  Yep, you guessed it:

Perhaps the most concerning aspect is that some of these databases are now shared projects with Health and Human Services—and one can only assume that this giant collection of private information could be used to feed into the Obamacare exchanges in the near future.

Um…can we get these radical liberal socialist control freaks out of Washington fast enough?  I think not.  We need to dump our current crop of elected leaders and bring in people who are as concerned about this sort of thing that you and I are, and they need to shut it down.

I'm a gun-owning, Bible-thumping, bitter clinger conservative in the heartland. You can disagree with me if you want (you do, after all, have a right to be wrong)...just don't be rude or stupid and we'll get along just fine! :)